I ride bikes. I can’t remember a time I didn’t ride bikes. I also know many people who have lost their limbs or life on bikes.
To narrow this down to three bikes only has been a tough choice, because there are so many good points about so many different bikes. So I narrowed it down to First, Fun, and Favourite.

I would also like to point out that a bike chooses you, not you choose a bike. Sure you may want the latest and greatest sports bike, but it’s no good if you don’t fit the bike, because you’ll never enjoy the riding. 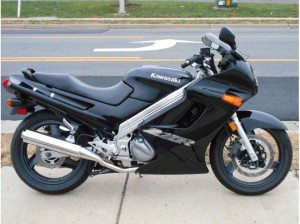 The ZZr is a great first bike. Getting a bit long in the tooth these days, and if I was to get this as a “first bike” again, I would probably go the Ninja 300.

While the ZZr250 wasn’t my first bike, it is a good bike for those learning to ride. The engine placement makes it nigh on impossible to get it up on one wheel, which adds to the stability. The riding position is great, allowing you feel part of the bike, allowing for a more enjoyable ride. Certainly not the fastest 250, due to the higher weight, but a great little bike indeed. 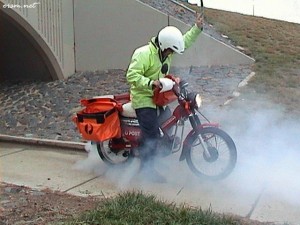 This is a fun bike to ride, and a much better option than a scooter, if you’re after a little bike. Easy to ride, ideal for on the back of a motor home, and tough as they come. If you’ve never had the chance to ride one, find one and ride it. You’ll be grinning from ear to ear.

I’ve owned two of these bikes. The first one was a reluctant sale, damn you cancer. The second one is my current bike. Sure it’s 16 years old now, but it still turns heads. Even people who don’t own this model of the VFR wish they owned it. Even people who don’t ride a VFR but know the engineering of this bike are impressed by it. The last of the gear driven cams, this engine is bullet proof. Regardless of if you’re doing the slab cruise, or pushing it through the hills, the Viffer does it all with grace.

While I know I’ll own other bikes in my life, I also know that I will always have a Gen 5 Viffer in my garage.

Sachs Madass. I’ve always wanted one of these, simply because they look fully sick.

Honda ST1300, for when I can’t get on a Viffer any more, but don’t want to be seen as a Goldwing rider.